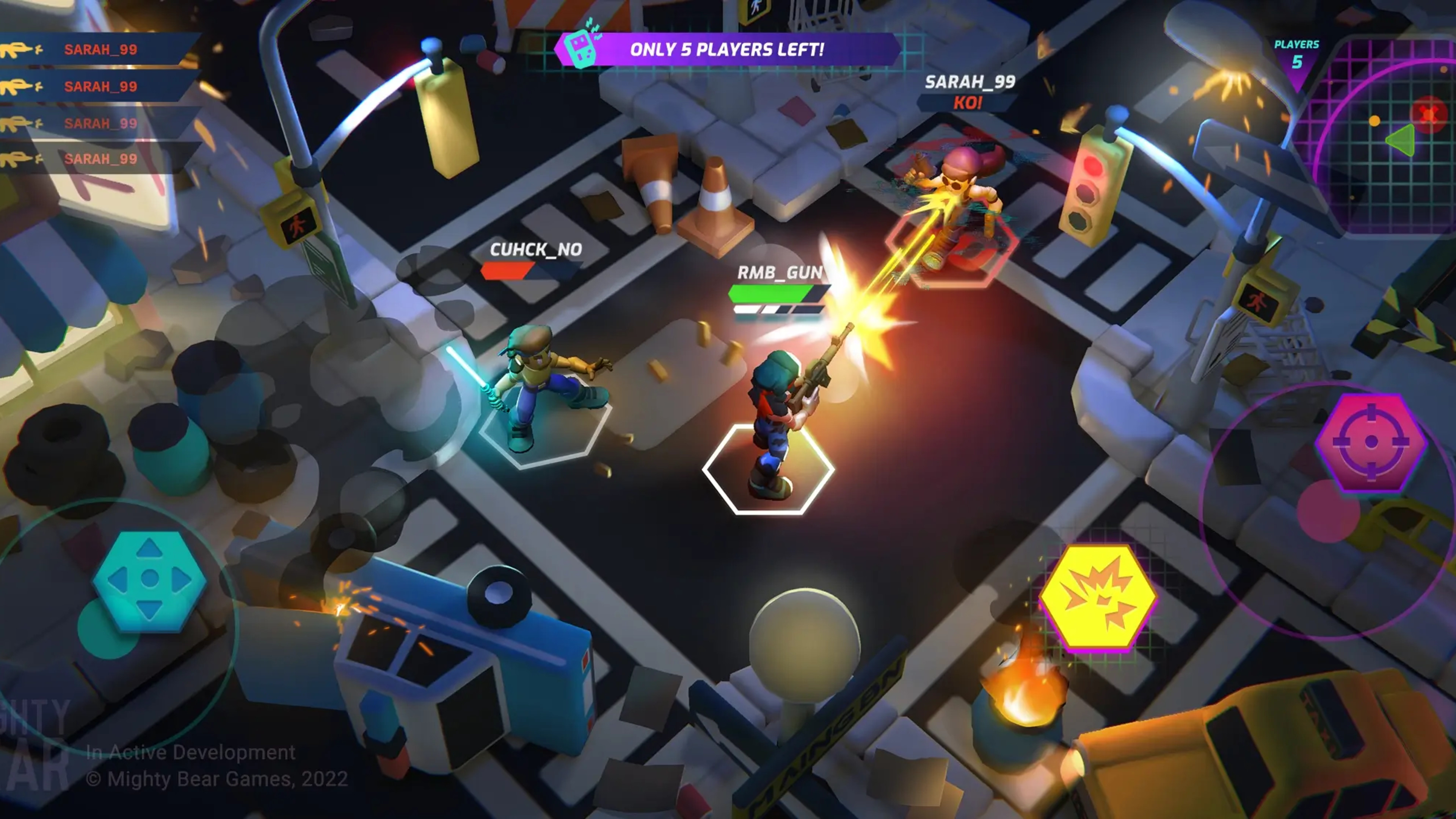 Mighty Action Heroes is a realtime multiplayer third-person Battle Royale with an emphasis on fun, skill and, chaos!

Relive the nostalgia of those precious days where all that mattered was the latest, coolest, and sickest figurine from that Saturday morning (or after school) cartoon! If you ever dreamed of dropping into a fantasy world a la Dungeons & Dragons, or having your toys come to life, then Mighty Action Heroes is where it’s at. But that’s not all—the 80s were fun, but so were the 90s, and the 00s and the 10s. If ever there was an action hero convention across the decades made into a video game, it would be Mighty Action Heroes!