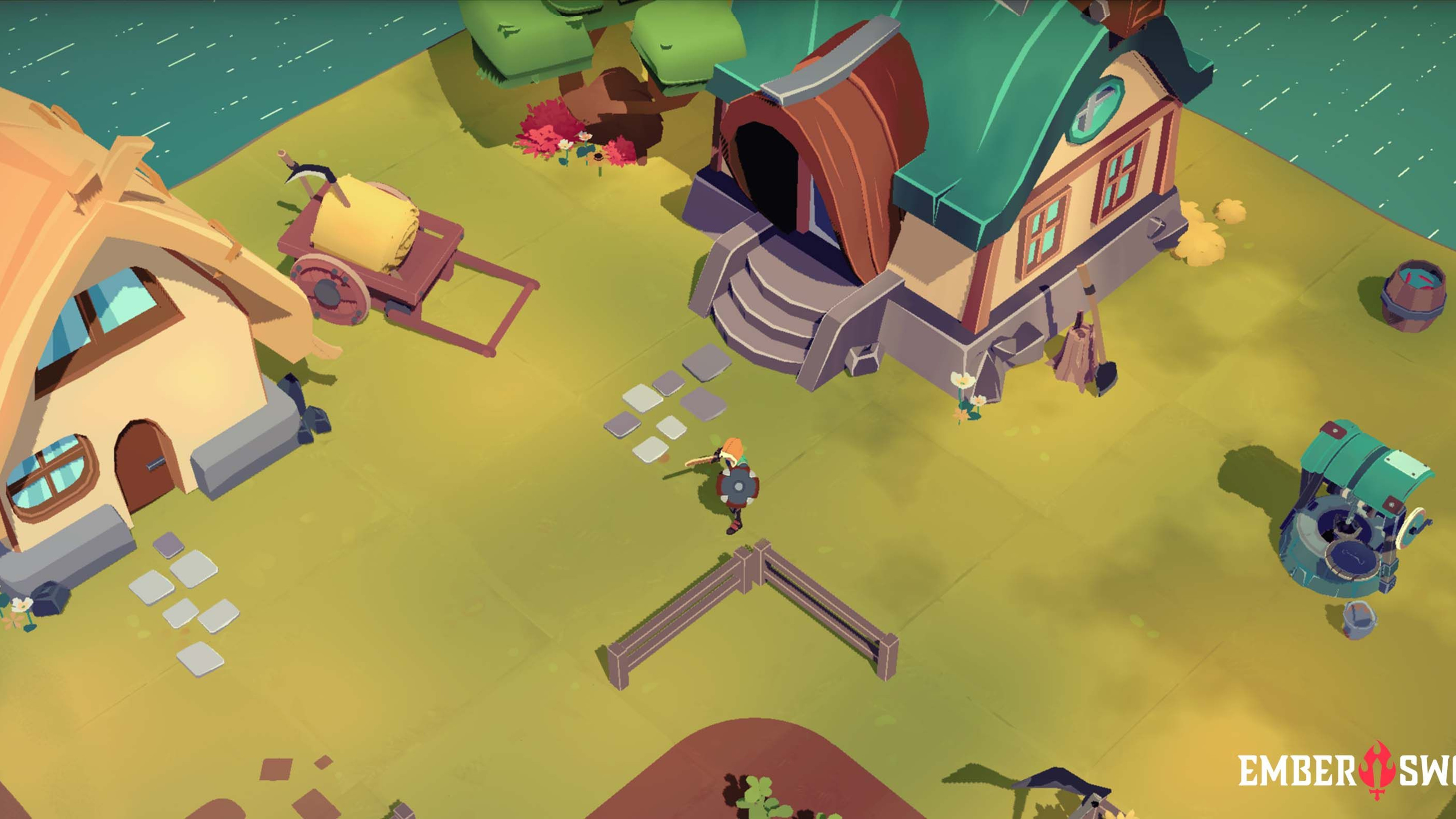 Be part of a player-driven universe where the adventure finds you.

You will be able to create a character, pick a home nation, and venture into the mysterious world with your weapon of choice to prove your worth in the action-packed classless combat system by defeating monsters, bosses, and other players, or explore the world as a peaceful forager of goods and rares, making a name for yourself as a talented refiner and craftsman.

The game is not yet released. The concept is built around people not putting money into the game, but rather developing it naturally. If players choose to participate in buying or selling, pricing is decided by the players.

Owning land will not be at the core of the Ember Sword gameplay experience, however, it is at the very core of the world design. Land within Ember Sword is represented by Non-Fungible Tokens (NFTs) (ERC-721 tokens) that have been segmented into different land plots that players can purchase, build upon, develop, and/or trade. Land consists of four types of land plots:

If you are interested, please check the OpenSea collection.